In my previous apartment, I had vertical blinds covering a sliding glass door that I liked to have open during the day and closed at night. Rather than spend 30 seconds each day opening and closing them, I decided to spend 2 months automating it 😁.

The project involved designing and building a mount for attaching an Arduino-controlled stepper motor to the blinds.

Parts of a Vertical Blinds System

To understand how this project works, it helps to understand a few key parts of a vertical blinds system. 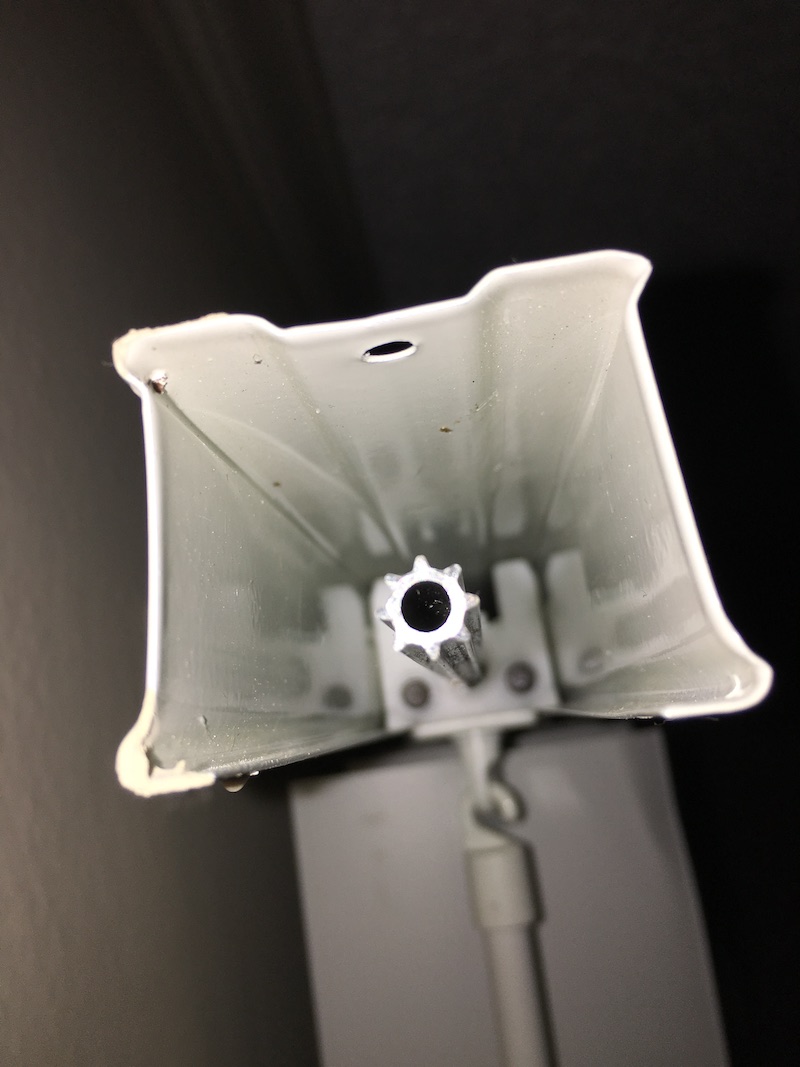 The stepper motor is mounted directly to the pinion rod so that it can tilt the blinds open and closed.

The original tilt control contains a gearbox for creating mechanical advantage between the wand and the pinion rod. This makes tilting the blinds using the wand effortless, but if you try to turn the pinion rod directly you end up fighting the gearbox.

The new tilt control which has the same dimensions as the old tilt control, but has no gearing and allows the pinion rod to spin freely. 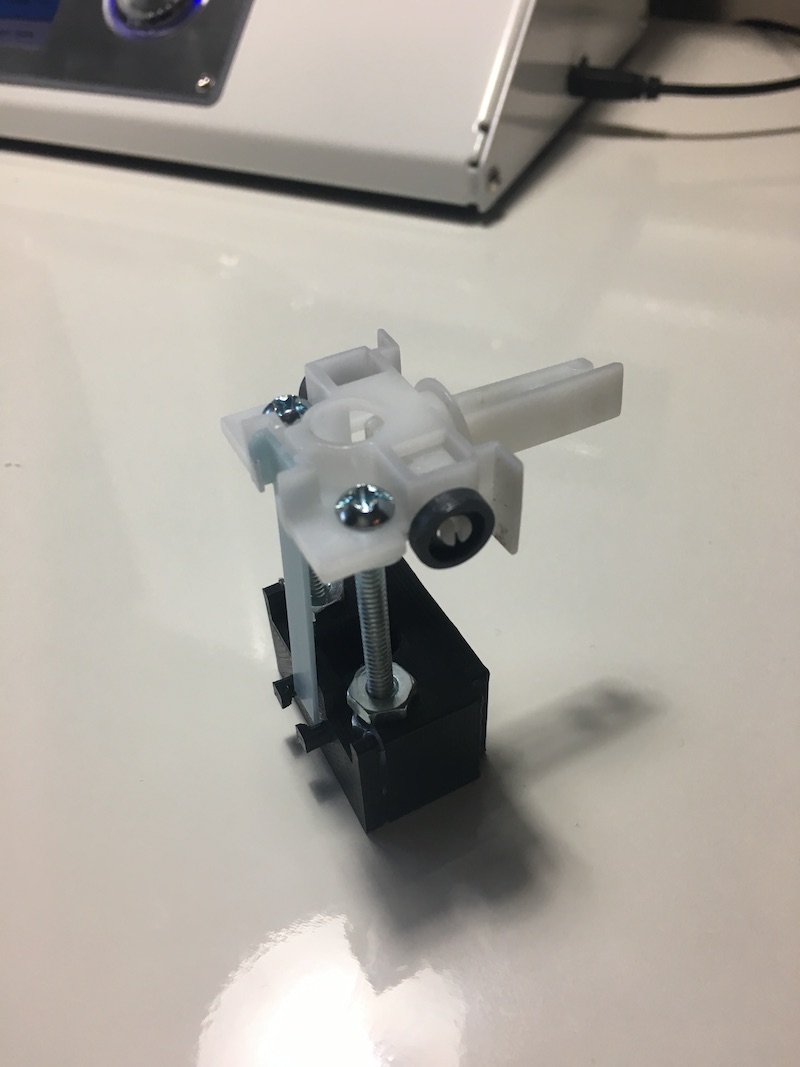 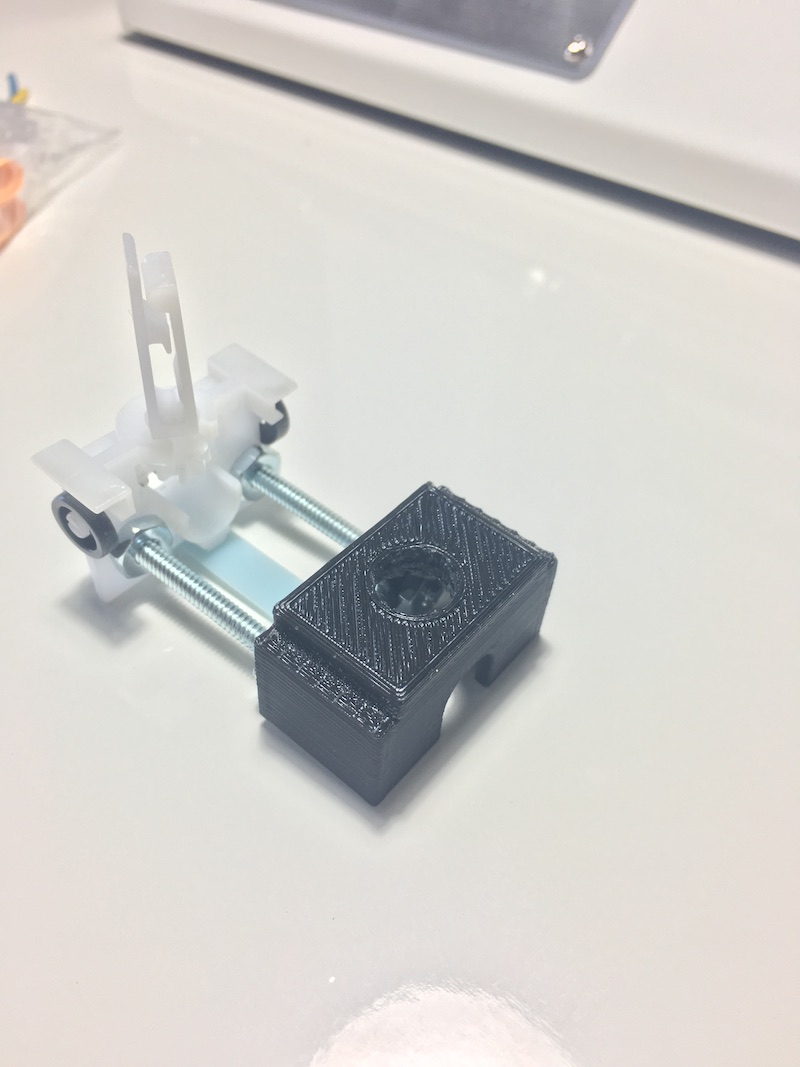 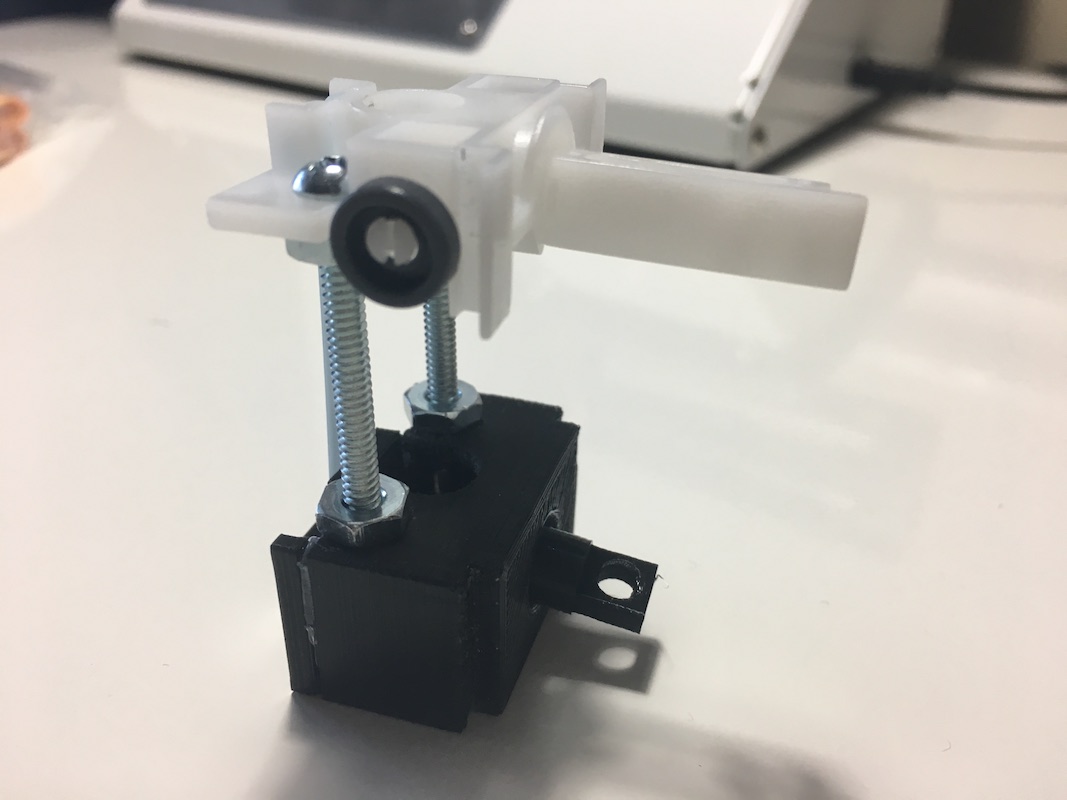 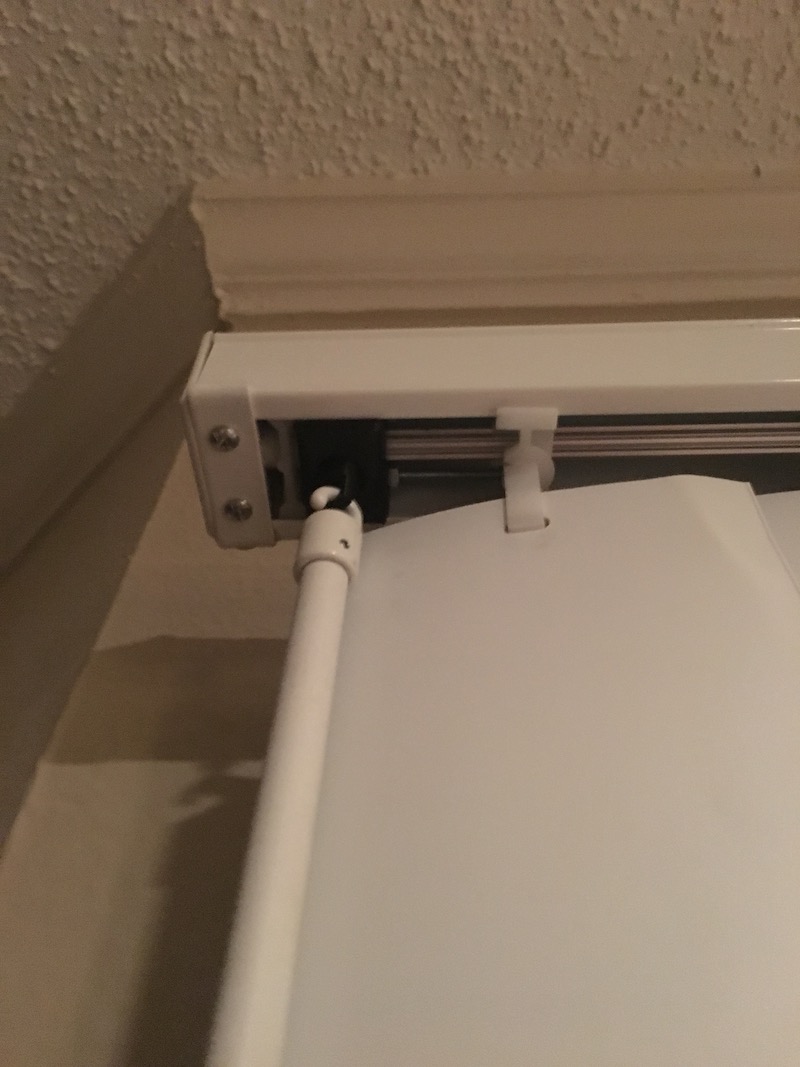 The collection of 3D printed pieces for linking the motor to the pinion rod, mounting the circuit board, and securing everything to the headrail is what I’m calling the “Motor Assembly”. The Motor Assembly was designed with a couple goals in mind:

Here’s what I came up with 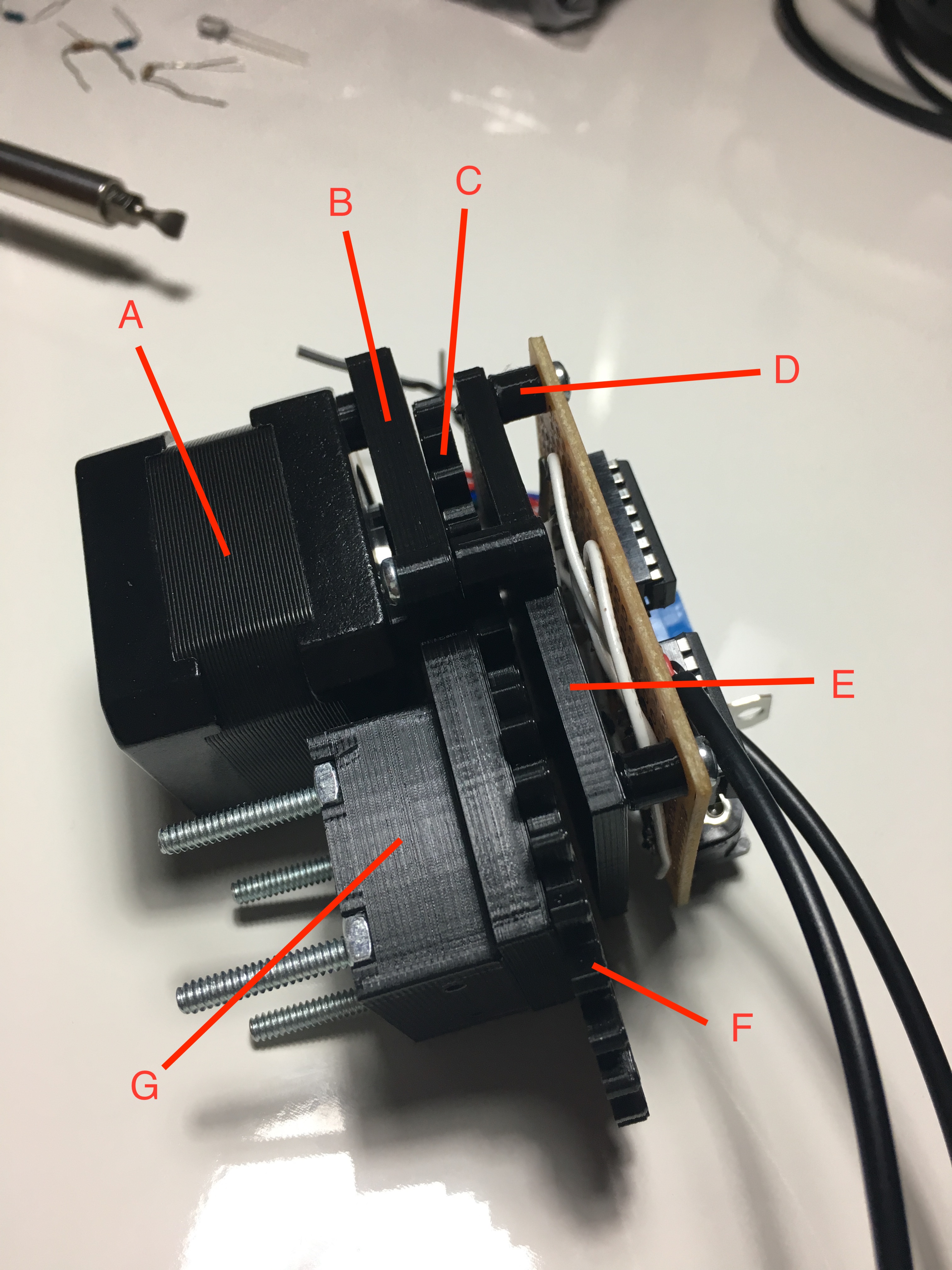 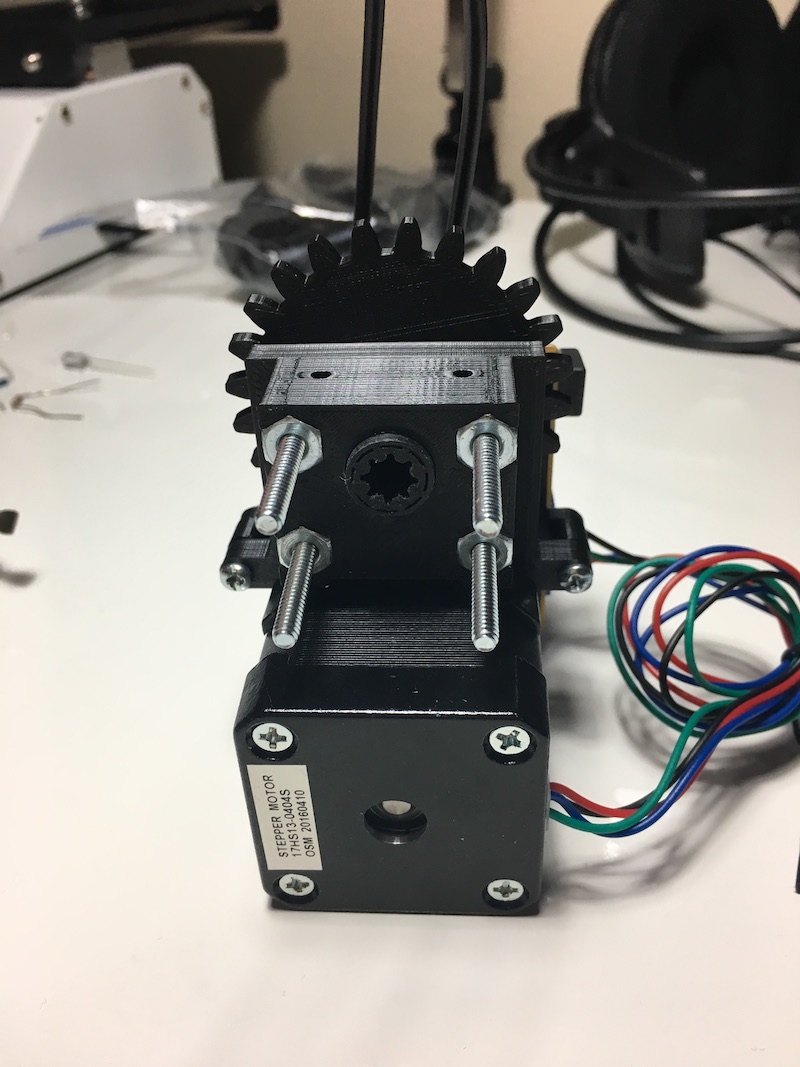 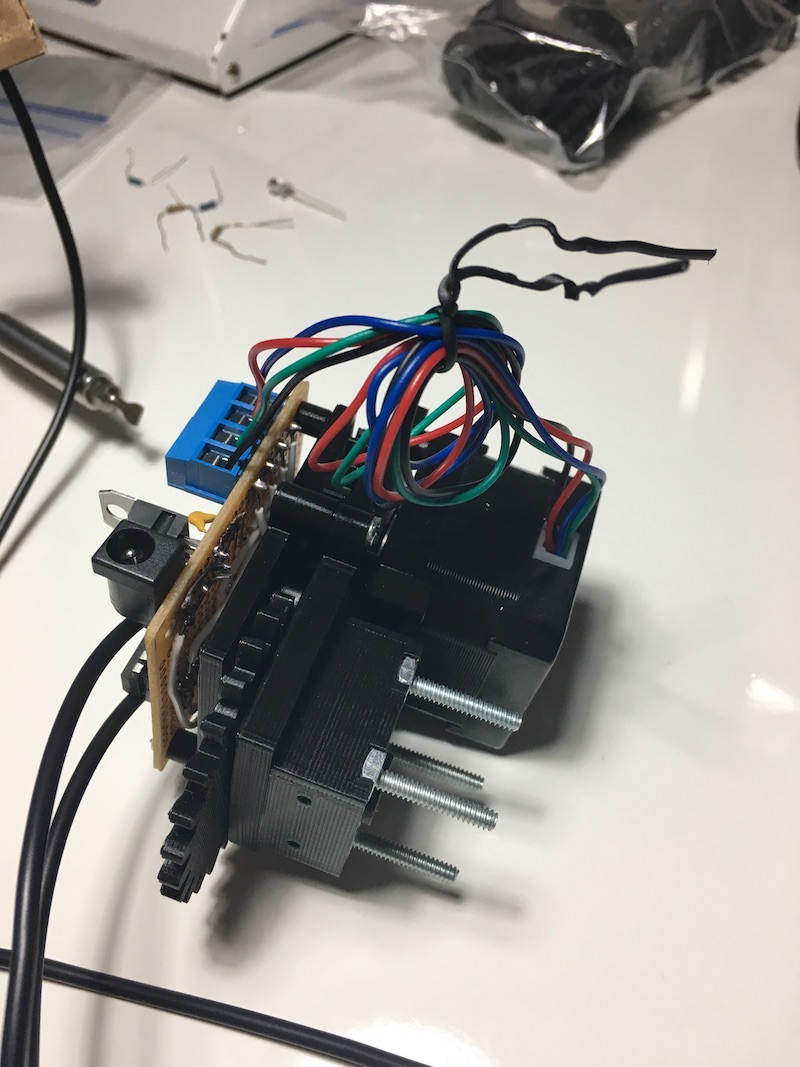 The circuit board has two integrated circuits: an ATtiny84 running Arduino and an SN754410 motor driver. Power is provided via a 12v power supply connected to a DC power jack. The stepper motor is connected to supply voltage while the ICs are connected to the output of a 5v linear voltage regulator. 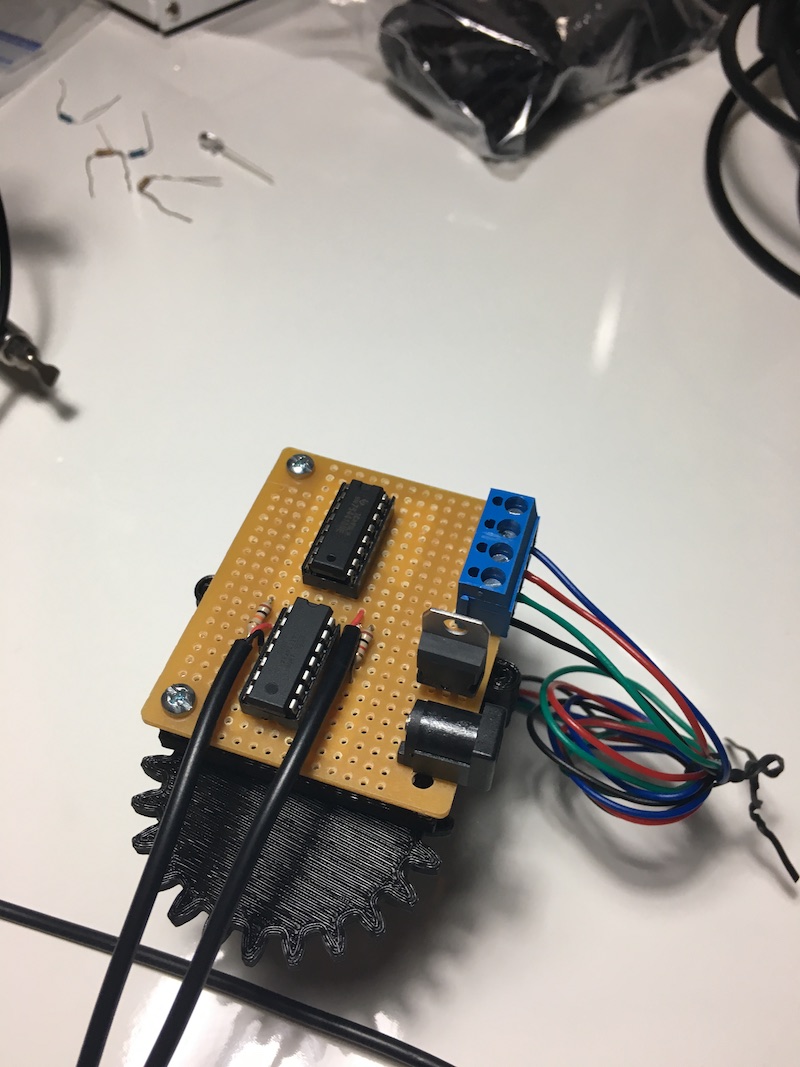 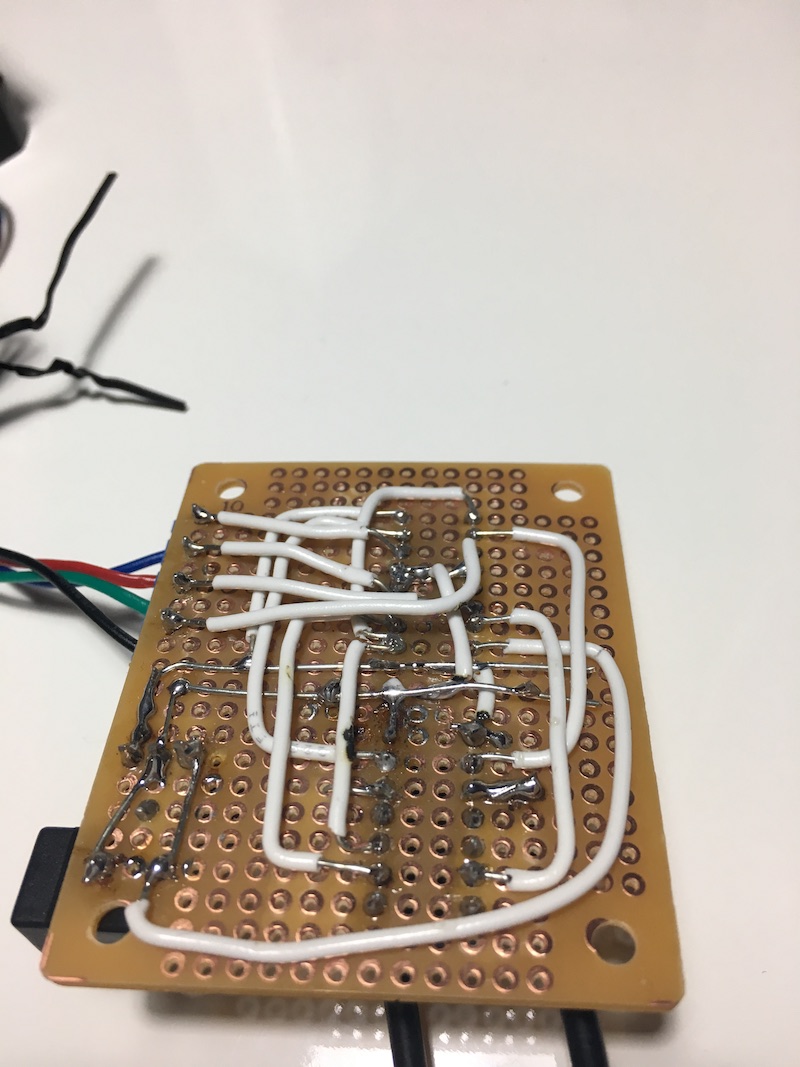 Messy, but it works 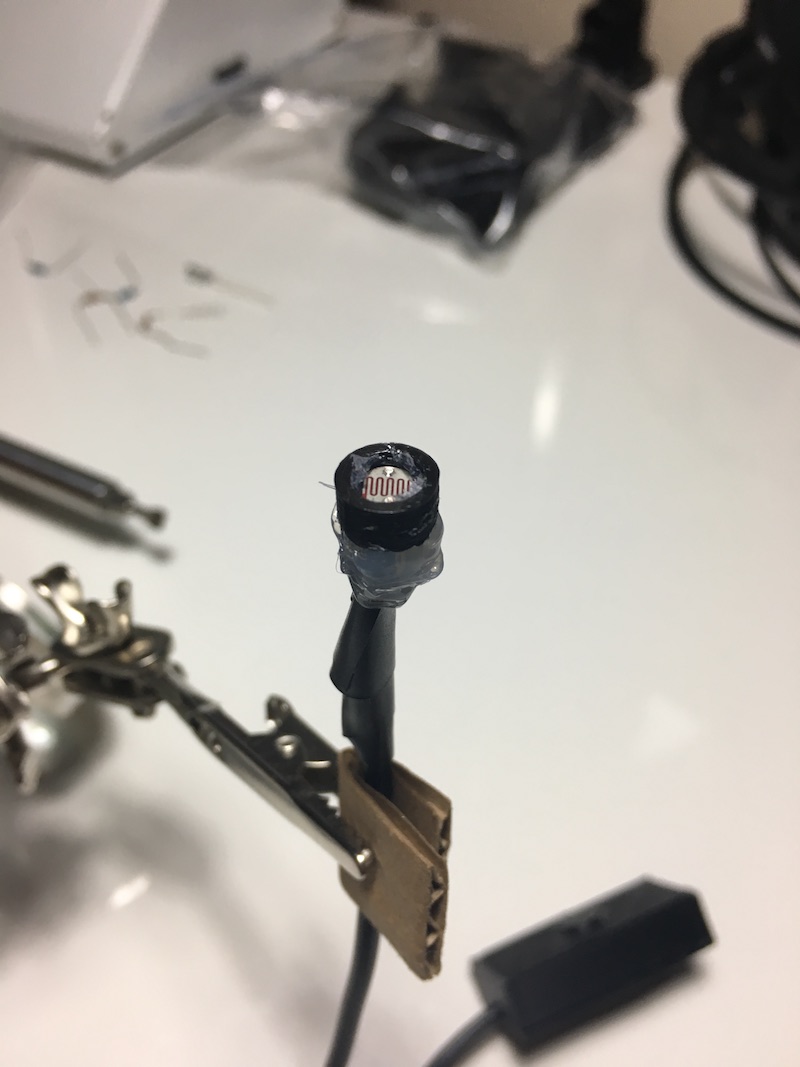 The button hangs down from the motor and lets me manually toggle the tilt of the blinds. It’s just a push button soldered to a 2-conductor wire and glued inside a 3D printed enclosure. The blinds will toggle when the button is pressed, regardless of the light level outside.

This is the final result with everything installed 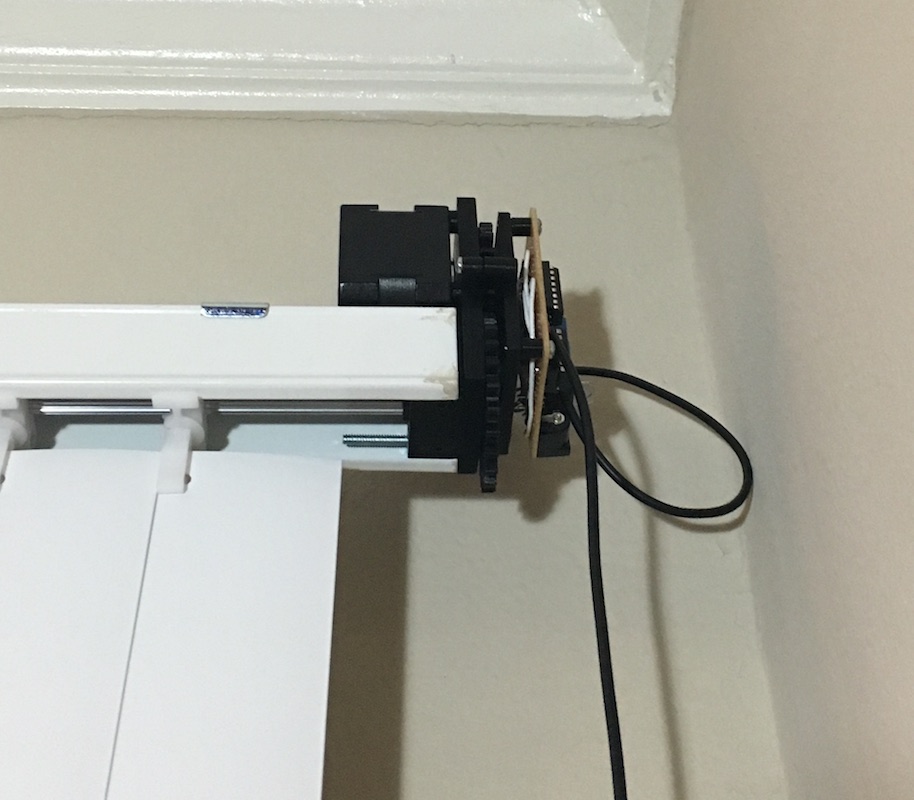 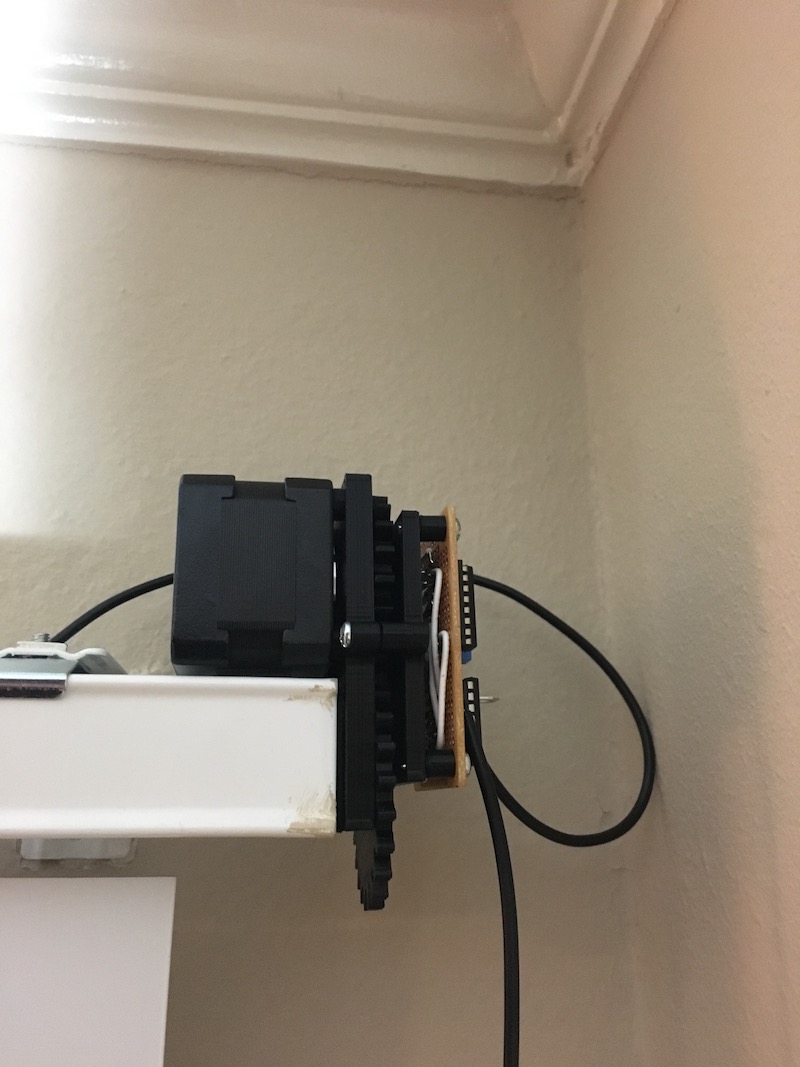 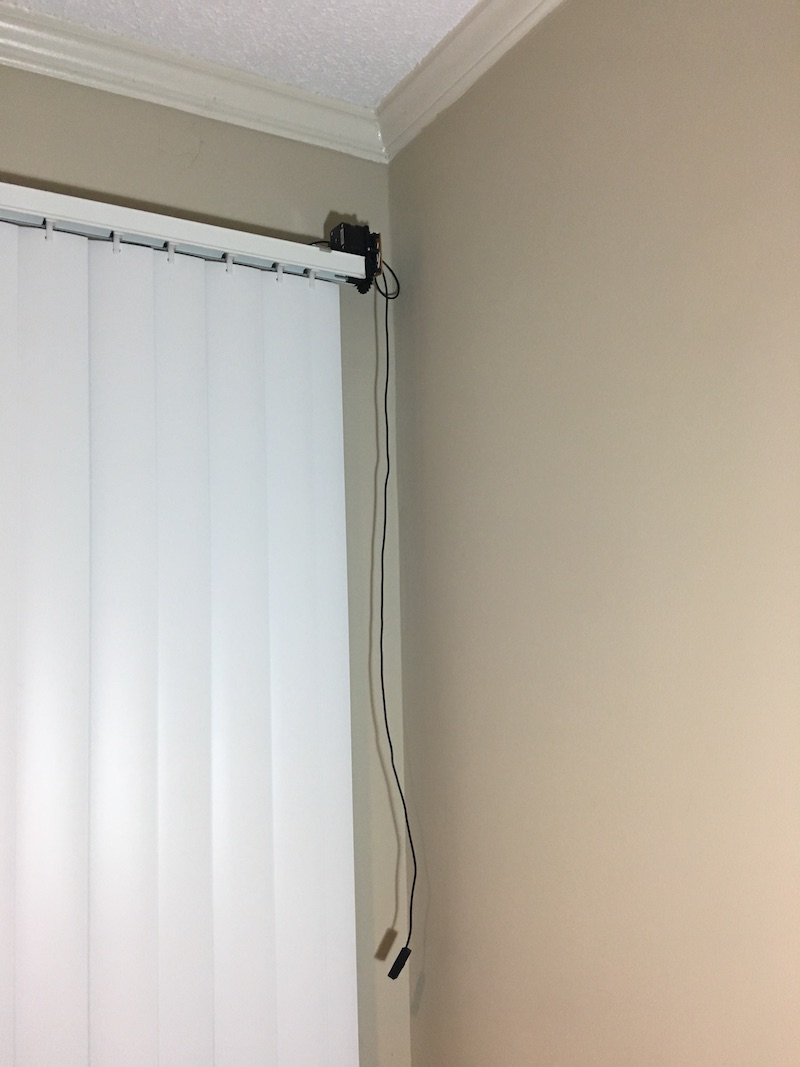